In 1978, I was still under the spell of Star Wars, the original Battlestar Galactica was on the air, and I was eagerly awaiting the first Star Trek movie. One day, TV station KTLA from Los Angeles showed a Japanese movie that held me spellbound. It was called Space Cruiser Yamato. It echoed many of the space operatic themes of those other shows, but upped the ante in many ways. Life on Earth had been bombed into near extinction by a race of malevolent aliens. To save it, a valiant crew embarked on an interstellar quest for help aboard the only spaceship available—a World War II warship converted into a star vessel with the help of alien technology. Many characters gave their lives to save others and there seemed a real chance Yamato would not succeed in its mission. 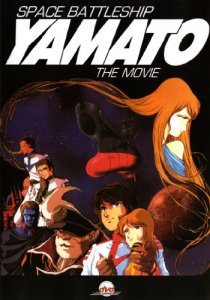 This show was not the first anime I’d seen, but it was certainly the most dramatic and serious. I was hooked. A year later, I learned that the movie had been cut together from a TV series. The series debuted in the United States under the name Star Blazers. At first, I was disappointed. They changed the names of all the characters. They even changed the name of the ship. The Yamato was rechristened the Argo. It wasn’t until high school that I learned the names were changed for both the movie and the series by the American companies that dubbed them into English. A friend shared video tapes he’d purchased in Los Angeles’s Little Tokyo neighborhood. That’s how I first met Captain Okita, Susumu Kodai, and Yuki Mori in their original forms. I didn’t understand all the words, but my friend narrated the show and I fell even further under its spell. That’s when I learned the proper name of the series: Space Battleship Yamato

There’s no doubt the show had an influence on my writing. Suki from The Pirates of Sufiro was an homage to Yuki Mori, the Yamato’s radar operator and nurse. It seems pretty obvious when I present the names side by side like this, but when Pirates was released, most Americans knew Yuki as Nova Forrester. Likewise, Space Battleship Yamato first made me consider how big a disaster humanity could survive and what it would take to stand up to that threat. Following that path led me to Heirs of the New Earth. That novel also includes a nod to Yamato’s Chief Engineer Tokugawa in the form of Chief Engineer Kimura who finds a way to launch the grounded pirate ship Legacy. 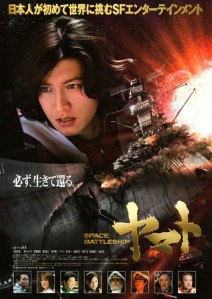 I was delighted to discover that Toho Studios made a live-action version of Space Battleship Yamato back in 2010. Two weeks ago, I received my copy of the Blu Ray disk. The new movie is amazingly faithful to the source material. They did swap the genders of some key characters, but that was fine. One of my problems with the original Space Battleship Yamato is that the cast had too few women. Another interesting, and sad, choice was the death of a major character. Even so, the theme of personal sacrifice was important in Yamato, so I see this in keeping with the spirit of the original.

I’ve seen some on-line comments which suggest that the movie borrowed heavily from J.J. Abrams’s Star Trek and Ron Moore’s re-imagined Battlestar Galactica. There’s probably some truth to that, but close as the movie is to its source material, it seems just as fair to suggest those productions borrowed from Yamato in the first place. Among other things, I gather George Lucas was strongly influenced by the space dogfights of Space Battleship Yamato and R2-D2 bears more than a passing resemblance to Yamato’s robot, Analyzer. After all, Space Battleship Yamato first aired in 1974, a full three years before Star Wars.

I recently discovered that the first season of Space Battleship Yamato has been remade. The new version is called Space Battleship Yamato 2199. Information and a 13-minute trailer are available at starblazers.com. Unfortunately, it looks like each disk of the seven-disk limited edition set is retailing for $35 to $45 depending on vendor and format. That price is a little steep for my writer and astronomer income. I hope they’ll eventually release a mass-market edition at a lower price or release it to one of the streaming services so more of us can enjoy it. Even so, I’m delighted to see that after 40 years, Yamato is still traversing the heavens on its quest to save Earth.