Susan over at Dab of Darkness gave me a shout-out in her post about being nominated for the Real Neat Blog Award. She has a wonderful review site and you can read her reviews of Owl Dance, 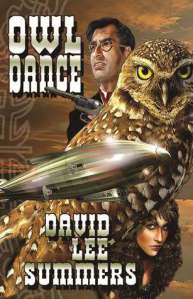 Lightning Wolves, Culhwch and Olwen and even the very first edition of The Pirates of Sufiro. She also conducts author interviews and here’s her most recent interview with yours truly.

What I like about these award-type posts is that it gives me the opportunity to share some things I might not otherwise, plus I get to recommend some cool blogs. Although Susan didn’t “nominate” me outright, she did mention my blog and she came up with some cool questions. What’s more, one of the “rules” of this award is to bend the rules. So, I’m not treating this as the usual award post, just sharing some questions and answers, then recommending some blogs at the end of the post. Enjoy!

Although I know the series finished a few months ago, I would have enjoyed appearing in Da Vinci’s Demons as someone working with period astronomical instruments such as astrolabes and armillary spheres who helps Da Vinci solve a mystery that required some knowledge of celestial motions.

Here are some of my favorite blogs:

Deby Fredericks, author of the wonderful fantasy novel, Seven Exalted Orders, nominated me for the “One Lovely Blog Award.” Deby’s blog looks at dragon lore and history from around the world. If you enjoy dragon stories, fantasy, or folklore, this is a site you don’t want to miss!

This blog award comes with the following rules: Thank the person who made the nomination. Post the award graphic. List seven things about myself. Recommend seven more blogs. So, without further ado, let me present seven random factoids about myself:

Here are seven blogs that are worth taking a look at:

Although blog awards don’t hold the same kind of prestige, I have nevertheless been honored this week to receive the Versatile Blogger Award from Marina Martindale. Be sure to drop by her blog and see what she’s been up to. She has a great blog with some excellent insights into writing and independent publishing. 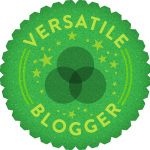 The first rule associated with this award is that I’m supposed to tell you seven random things about me. Since I’m in the throes of the Tales of the Talisman reading period and trying to get a new issue out, and since it seems to fit the spirit of the award, I thought I’d shake this up a bit and give you seven things I did this week:

One of the purposes of these awards is to “pay it forward” and suggest other blogs that you might like. I’ve compiled a list of some great blogs I’ve discovered and will post them tomorrow at The Scarlet Order Vampires blog. Be sure to stop by and check it out. I’m sure you’ll find some great sites worth checking out!