I spent last weekend at Las Cruces Comic Con. Las Cruces is a relatively small town with a modest-sized convention center, so this was a much smaller event than say Phoenix Comicon, Emerald City Comicon, or the granddaddy of the them all: San Diego Comicon. Still, it was a great event with media panels featuring such people as David Zayas who played Sal Moroni in Gotham and Wendy Schaal who voices Francine Smith in American Dad. Lots of people turned out in some really inventive costumes and I was impressed with the photo area the convention organizers set up, which just allowed people to play. Here you see my youngest daughter and a friend having a light saber battle on Tatooine. 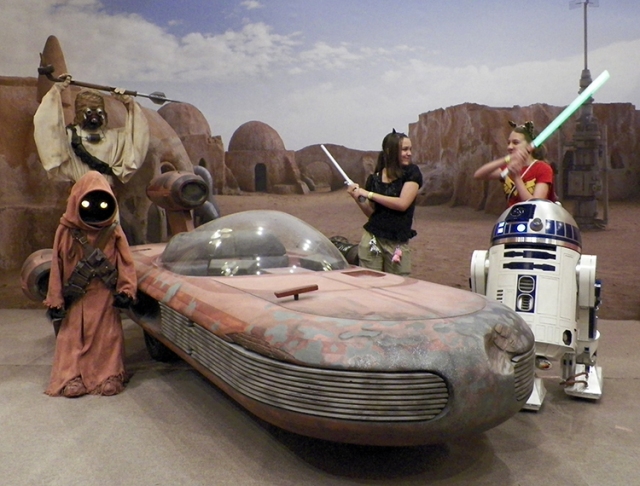 For me, it was an unusual convention in that I was the only writer in attendance. The organizers surprised me by giving me a “special appearance” credit in the program guide which was wonderful. Even though I was the only writer in attendance, I still managed quite a bit of networking. I got to speak to several of the artists in Artist’s Alley, had a productive chat with a film production team about possible book trailers, and of course, I got to speak with several friends and fans, some of which I knew from events in Phoenix and Tucson.

Unfortunately, at some point on Saturday I ate something that really disagreed with me. I didn’t sleep well Saturday night and I spent Sunday at the booth with my stomach churning. Still, I managed to have several nice conversations with people and by Monday morning I finally felt better.

Another feature of the weekend was that the DSL line to my house went dead on Friday, so even though I was at a local convention, I had limited internet contact. Fortunately, I still had access to wireless through the Convention Center, but it always amazes me how helpless I suddenly feel when instant communication—something that has come into existence during my adult life—has gone away. Still, I find these experiences helpful because I can channel them into my steampunk novels such as The Brazen Shark where my characters get to discover the novelty of instant, international communication, or my horror novel The Astronomer’s Crypt where my characters are literally and figuratively in the dark through the night and can’t even communicate with each other reliably through a building or across a mountaintop. 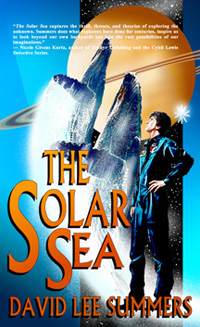 On Monday night, my older daughter called to say she got to hear Bill Nye the Science Guy give a talk in New Orleans. She said the talk was very inspirational and came right when she needed some encouragement about her recent decision to pursue a mathematics major. In addition to generally encouraging interest in STEM fields, Nye mentioned the Planetary Society’s recent success raising money for their LightSail Project.

In some fun synchronicity, the next day, Lachesis Publishing shared a guest blog post I wrote about creating a reading guide for my novel The Solar Sea. The novel imagines the first voyage to Jupiter and Saturn aboard a solar sail spacecraft. The reading guide presents activities and questions for any classrooms or book clubs who might be interested in reading the novel.

You can learn more about The Solar Sea and download the reading guide at:
http://TheSolarSea.com

First off, I hope all of my readers here in the United States had a Happy Thanksgiving this week. For me, this has been a pretty remarkable week. On Monday, my publisher emailed me to say they had reduced the price of Children of the Old Stars—the second novel of the Old Star/New Earth series—to 99 cents. They also said the novel was going to be featured in the Bookbub Newsletter. 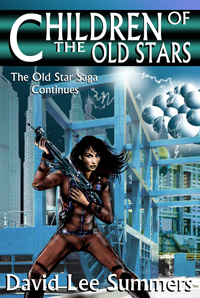 Sales of the book picked up nicely at Amazon that day. Also, since it was book two of the series, people began downloading book one—The Pirates of Sufiro—which is free. The result was quite pleasant. For most of this week, I have been on Amazon’s list of the 100 bestselling authors in Science Fiction.

As I watched all this happen, I realized people who had downloaded the book, or discovered me from the bestselling author list, might want to learn more about me by visiting my website. As such, I took a good hard look at davidleesummers.com and realized that it had been far too long since I had updated some of the pages, including the front page, which is the first impression people will have.

Now, my website has been around for a while. It will be 20 years old next year. When I first built it, the “Information Superhighway” was a shiny, new concept. So, I dubbed my little stop on that highway as a “wrong turn” right from the outset, because often the most interesting stops are the ones you never intended to visit! I have taken the website through several upgrades in 20 years and done my best to keep it up to date, but it’s easy to get used to one’s own website. I needed to evaluate the site with a fresh eye, and that brings us to the subject of this week’s post. 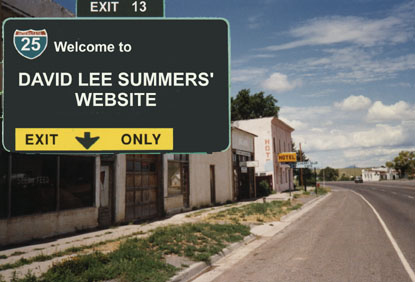 The word blog is a contraction of the words “web log.” Web logs were the place where system administrators would record changes made to a web site. However, some system administrators would use the web log as a place to talk about philosophy, their favorite TV show, or their favorite game. Eventually other people began using this web logging software to post their own thoughts and thus modern blogging was born.

Today, I’m taking the blog back to its roots and recording the updates to my website!

First off, I took a good hard look at the first page. I realized that at first glance, it was not clear what kind of website you had landed on. It was too wordy. So, I streamlined and better organized the text. This allowed me to move the Amazon widget that displays my books into a better position. I also added a few of the reviews people have given my books to the first page. My goal has been to make it clear that you have landed on an author’s site while retaining the kind of retro-future look to the site that I believe characterizes much of my writing. I also wanted it to be welcoming and inviting, encouraging a visitor to look around.

I’ve done a pretty good job of maintaining my pages that tell about my novels, short stories, and show my events calendar, so I did very little work on those pages.

Over the last couple of years, I’ve realized people have taken a real interest in my astronomy work. To that end, I put a lot of attention into sprucing up the astronomy page. I added a couple of recent photos and made them clickable so you can see them full size. I also added more detail about my astronomy background including some links to places where I’ve worked. Finally, I updated my publication list with this year’s new supernova paper that I contributed to.

I then moved on to the bio page. Sadly, I had let that page get very outdated. I also realized that it was very clunky looking with three old photos of me. Those photos were fun to see, but they were a bit outdated. I updated the text, updated the photo, and included links where you can find me online and interact with me.

Finally, I took a look at the links page. I discovered a number of dead links and saw that the format was not really conducive to easy navigation. So, I cleaned up the page, removed the dead links, and added a few new ones. Just to note, I take this list of links very seriously. My goal is to link to people and organizations who my readers would also find appealing. Some friends were left off, for example, simply because I didn’t think we had a strong overlap in potential readers. I also wanted to keep the list manageably short so people could use it as a good jumping off point to explore more. So, if you’re a friend and don’t see yourself there, don’t take it personally. Ideally, I’ll come back in a few months and shuffle the list around and add some different links just to keep it fresh. We’ll see if I actually manage to do that!

You’ll likely notice that I kept much of the “highway” theme going as a tribute to the site’s history. After all, we’re coming up on the 20th anniversary. It would be a shame to dump it now. In 2014, I’ll take a fresh look at the site’s place on the Information Superhighway and decide if it needs another makeover.

So please, drop by davidleesummers.com, explore and let me know what you think. I’m hoping you’ll find some of these changes fun and informative.